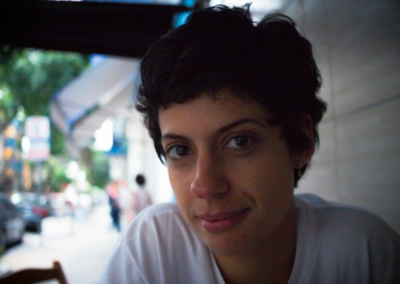 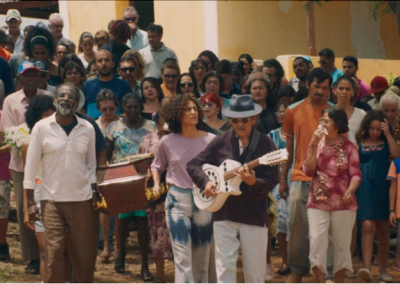 site
Maria Barbalho (Recife, 1987) lives and works between Portugal and Brazil and develops costumes for the audiovisual and theatrical market.

Barbalho has collaborated with the costume designer Rita Azevedo in the films Divino Amor (2019) by director Gabriel Mascaro and Bacurau (2019) by filmmakers Kleber Mendonça Filho and Juliano Dornelles – Jury Prize Festival de Cannes 2019. Partnering up with the costume designer Cristina Camargo, she produced the film Elis (2016), the biography of the singer Elis Regina, which was awarded the Best Costume Design by Grande Prêmio do Cinama Brasileiro 2017. She designed the costumes for the feature films Carrosel 2 – O Sumiço de Maria Joaquina (2016), O Filho Eterno (2016) directed by Paulo Machline and the short film Sete Anos Depois (2014), by Esmir Filho and Mariana Bastos. As a costume assistant she worked for the TV series A Menina Sem Qualidades (2013), MTV Brazil’s first drama series, and Felizes Para Semper? (2015) shown by Rede Globo, under the general direction of Fernando Meirelles.

For theater she signed the costumes for the play A Hora Errada (2014) that had its dramaturgy by Lourenço Mutarelli and produced with the costume designer Verônica Julin the opera Rigoletto (2011) that had the direction Felipe Hirsch, in celebration of the centenary of the Municipal Theater of São Paulo.