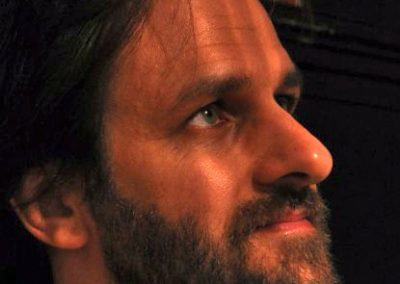 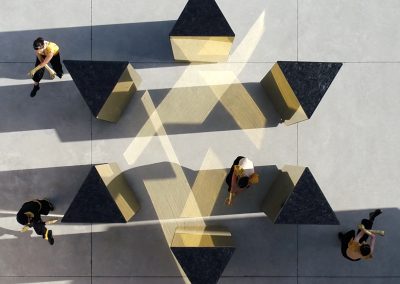 www.moradavaga.com
facebook
instagram
Pedro Cavaco Leitão (Porto, 1976) is a licensed Architect under the Portuguese Ordem dos Arquitectos and a member of the Bosch Alumni Network, the Actors of Urban Change and Learning from Europa platforms.
He holds a M. Arch. degree from the Faculty of Architecture of the University of Porto specializing in “Ephemeral Spaces: concepts, materials and strategies” and has been an invited lecturer both in Portugal and abroad, having his work widely published.
Over the course of the last decade and a half he has developed an intense creative activity in the fields of Urban Renewal and Public Art, both individually and in the scope of multiple collaborations, covering a wide range of scales, programs and contexts.
He’s co-founder of the Moradavaga collective, formed at the end of 2006, under which he has been researching, experimenting and crossing disciplines around kinetic, interactive, participatory and performative art, with scenography as one of its main vectors, both within the practice of the collective and through cooperation with partners from the performing arts field.
← Pedro Crisóstomo Pedro Castanheira →