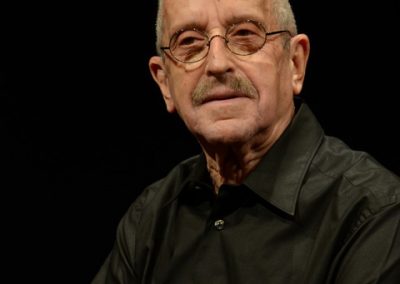 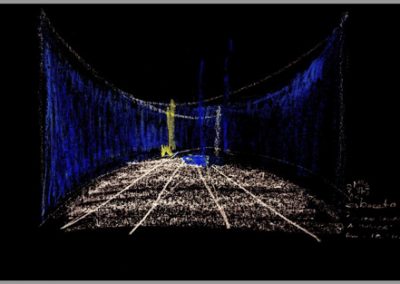 António Casimiro is a set and costume designer. He is also a member of the board at the Sociedade Portuguese de Autores (Portuguese Society of Authors), besides working as a scenography coordinator at Teatro Aberto.
After having studied at the Escola de Artes Decorativas António Arroio (António Arroio decorative arts secondary school), he earned a BA from the Lisbon School of Fine Arts.
In 1960, under a scholarship from the Gulbenkian Foundation, he worked at RAI-TV in Italy; in 1973 he went back to Italy with a scholarship from the Italian state to study Television in Florence; in 1976 he did an internship in Colour Television in Paris.
He teaches at the Lisbon Theatre and Film School, as well as at Universidade Aberta. In late 1958, he joined RTP (Portuguese Public Radio and Television Broadcaster) as Octávio Clérigo’s assistant. For 37 years he was a set designer at RTP, 20 of those as main set designer and 18 as the head of the Set Design Department, which encompasses sets, costumes, wardrobe and make-up.
Casimiro works for several independent production companies, which provide content for all major Portuguese television networks.
His work has been shown in exhibitions in Europe and, together with other artists, represented Portugal in the 9th Prague Quadrennial.
António Casimiro designs sets for television, theatre, opera, dance, film and revista.